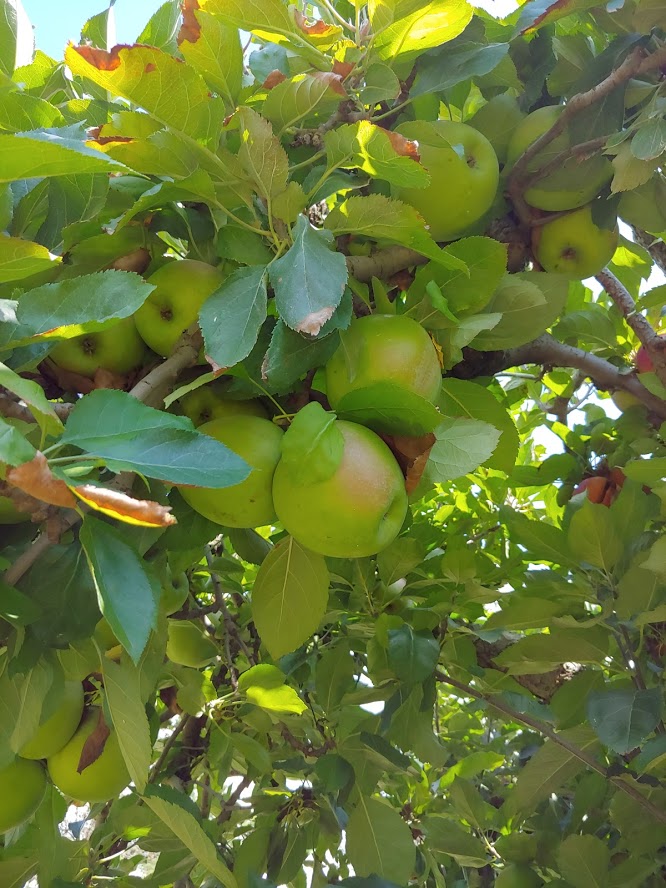 For those of us that are accustomed to living in areas with four distinct seasons, there comes a time when the steamy summer weather gives way to chillier evenings, and eventually the more mild days of early fall. The autumnal weather is often accompanied by sweaters, flannel, warm drinks, cider, pumpkins, leaf change...oh, and, APPLES.

North Carolina is one of the top ten apple-producing states in the nation, with Henderson County (neighboring Asheville) serving as the top apple-producing county in the state. The Asheville area's apple harvest is always dependent on weather, but generally, different varieties of apples can be picked from August-October with September and October serving as the peak time for apple picking most years.

Before you prompt Siri for "apple orchards near me," we'd like to share a few of our favorite orchards.

For apple picking with a view, you really can't go wrong with the Orchard at Altapass which is located in the small town of Little Switzerland and accessible directly from the Blue Ridge Parkway at Milepost 328.3 (a little over 50 miles north of Asheville), between Mt. Mitchell and Linville Falls. The Orchard at Altapass is open Wednesday through Sunday from 10 a.m. to 5 p.m., beginning in May through the fall months. More information and opening status is available here. They also have a great highlight of their apple ripening schedule on their website. 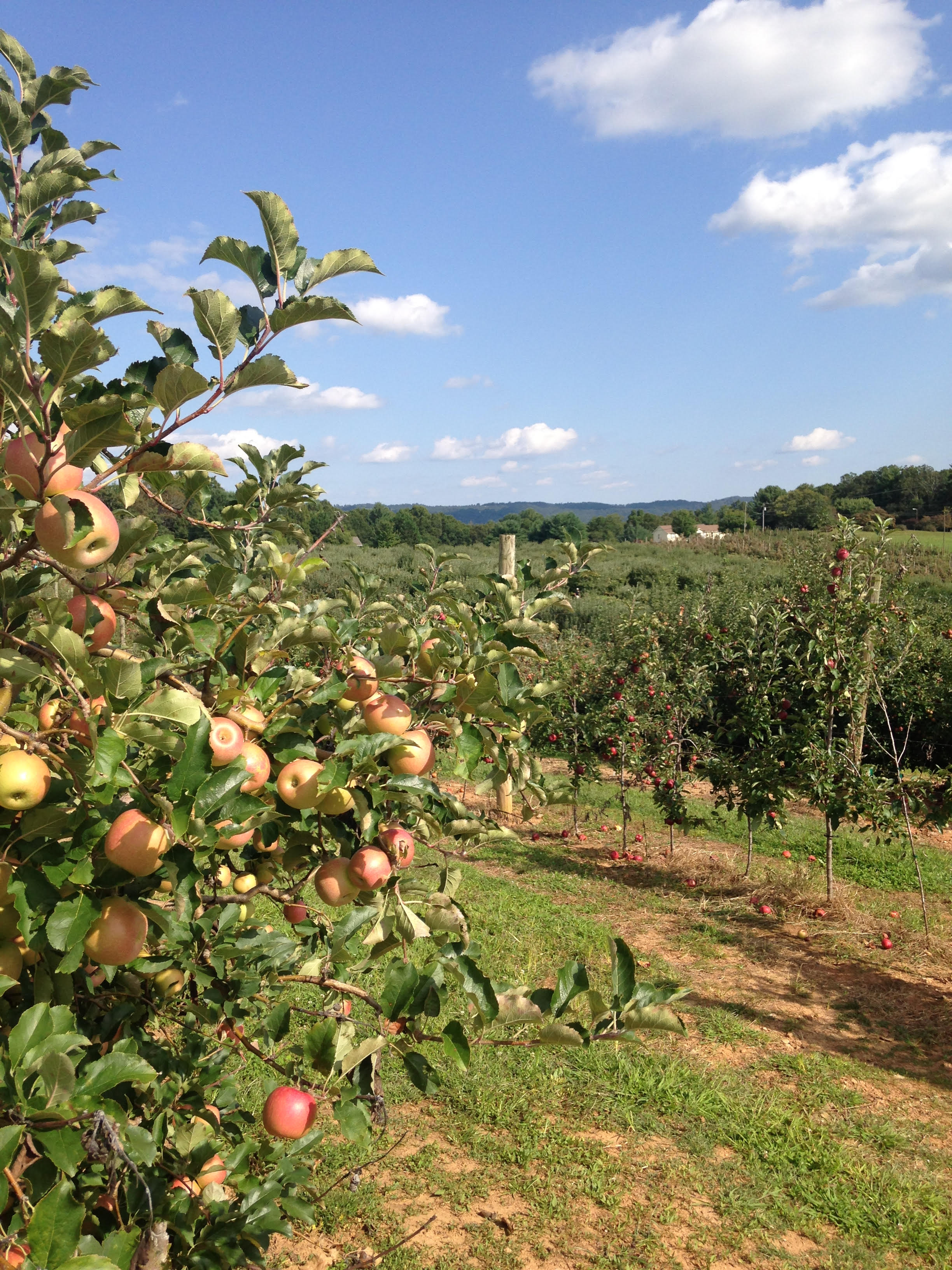 Justus Orchards, located in Hendersonville, does a great job at making apple picking a kid-friendly. Not only do they have rows and rows of all your favorite apple varieties (nearly 20 apple types), they also have activities such as the "Jumping Pillow," a sort of trampoline for the kids (extra cost), the cow train (extra cost) which takes the kids on a tour of the grounds, a small petting zoo area where you can feed the animals, an Apple House, and bakery to purchase U-Pick apples or pre-picked apples, or try delicious apple cider donuts, apple fritters, ice cream, apple cider and more. Good to the Bone BBQ is also available on weekends from Labor Day weekend through October. Outside of the apple season, Justus Orchards also grows U Pick Navaho blackberries in July.

In terms of Western North Carolina apple orchards, Skytop Orchard is probably one of the most well-known orchards. From this 100 acre orchard, you can enjoy mountain views, U-pick apple picking, a barnyard area with sheep, goats, chickens, turkeys, and peacocks. There are tractor-pulled hay rides (sans the hay), and a bamboo forest for the kids to explore. Yes, you can also expect fresh apples, cider, 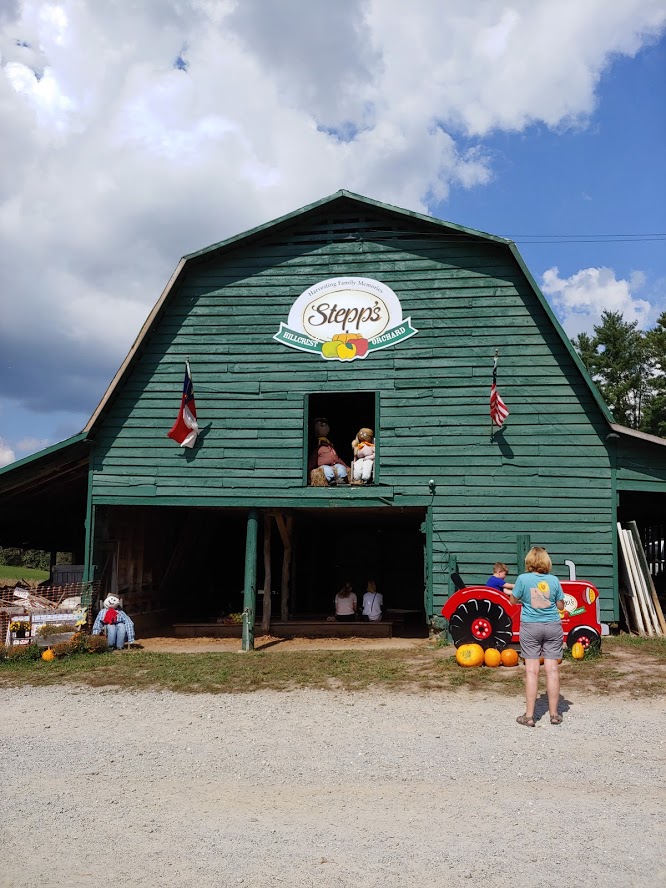 and other snacks to enjoy. Skytop Orchard is open from August through late November or early December.

With over 50 years in Hendersonville, North Carolina, Stepp's Hillcrest Orchard boasts 21 varieties of apples with pick your own apples at their 70-acre orchard and working farm. They offer delicious apple cider slushies and pumpkin donuts. Other highlights of the experience include target practice with Stepp's Apple Cannon (cost is $5 per bucket of 10 apples), a 5-acre corn maze ($5 for adults, $3 for under 12) and wagon rides. Outside of the apple picking season, Stepp's offers U-Pick grapes during August and U-Pick pumpkins later in the fall.

Actual apple ripening varies depending on weather, but a basic idea of apple harvests are available below.

Each year, the town of Hendersonville hosts their annual Apple Festival during Labor Day weekend. The four-day festival has taken place for over 70 years and includes a street fair with a variety of vendors, musical performances, a parade, rides, inflatables for the kids.

Hendersonville, which neighbors Asheville, tends to be the epicenter for apple picking activities for those visiting the mountains of Western North Carolina. Greybeard's Hendersonville and Lake Lure vacation rentals are great options to get within easy access of area orchards, but most any of our cabins or cottages will get you within an hour drive or less of apple orchards. 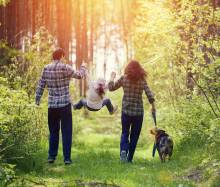 By receiving the designation of “Dog City USA” you can expect a...

In Western North Carolina, September marks the conclusion of the summer season...