Ice cream. It’s one of America’s favorite tasty treats and a wildly popular dessert for kids of all ages. When you combine this flavorful dairy 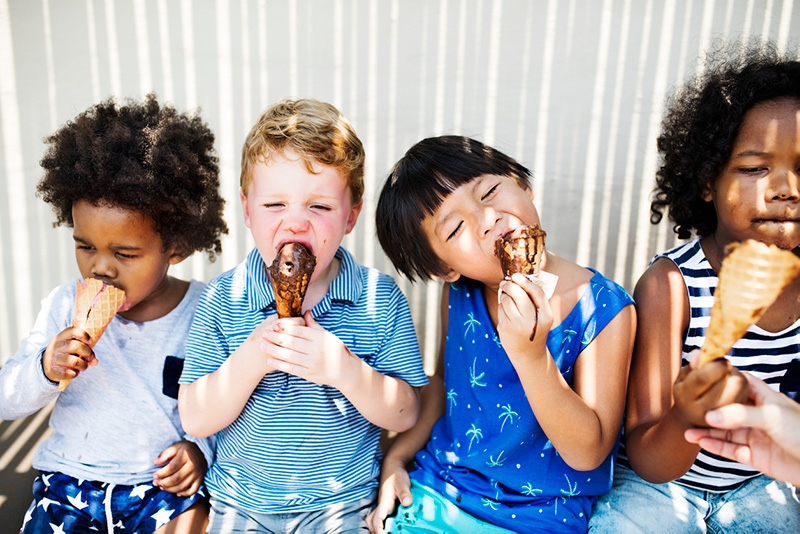 dessert with a little Asheville ingenuity, the result is nothing short of delicious. The good news about ice cream in Asheville is that if you value food attributes that include words like “local,” “organic,” “fair trade,” “hand-crafted,” “free of antibiotics and growth hormones,” “ethically sourced".... there are a variety of ice cream shops that are likely to share your values and produce products for everyone. On top of this, for those with milk and lactose intolerance and allergies, many of Asheville’s ice cream suppliers have a line of flavors that are both dairy-sourced as well as vegan ice cream flavors made with coconut and oat milk.

The Hop Ice Cream has had a presence in Asheville since 1978. They boast a variety of homemade 16% butterfat dairy ice cream options as well as scratch-made vegan ice cream and sorbet. Flavors range from Salted Caramel, Raspberry Crunch (with local French Broad Chocolate cacao nibs), Girl Scout Thin Mint, Death By Chocolate and more. Vegan ice cream options include flavors such as birthday cake coconut milk, ginger molasses banana cream, Bulldog Tracks Oat Milk (gluten-free brownies, vanilla oat milk ice cream, and vegan fudge). The Hop has locations off of Merrimon Ave, in West Asheville off of Haywood, and in downtown Black Mountain off of Cherry Street. Regardless of where you are staying around the Asheville area, you’re never too far from a Hop location.

These former social workers turned ice cream makers, really capture the spirit of Asheville with their inventive flavors. Some of their regular rotations include flavors like Ultimate Chai, Cup of Joe, Vanilla Oreo Cream and Belgian Dark Chocolate. The flavor explosion continues from there with seasonal and occasional flavors like Baklava, Pumpkin Whiskey, Spiked Apple Cider, Brown Sugar Bacon Maple and many more types. Ultimate Ice Cream has been featured on Fodor’s Travel blog as one of the top 10 places in the country to visit for savory ice creams. Ultimate Ice Cream has 2 locations – one in east Asheville, a short drive from Highland Brewing and the WNC Nature Center and Downtown on Charlotte Street, near the Grove Park neighborhood district. 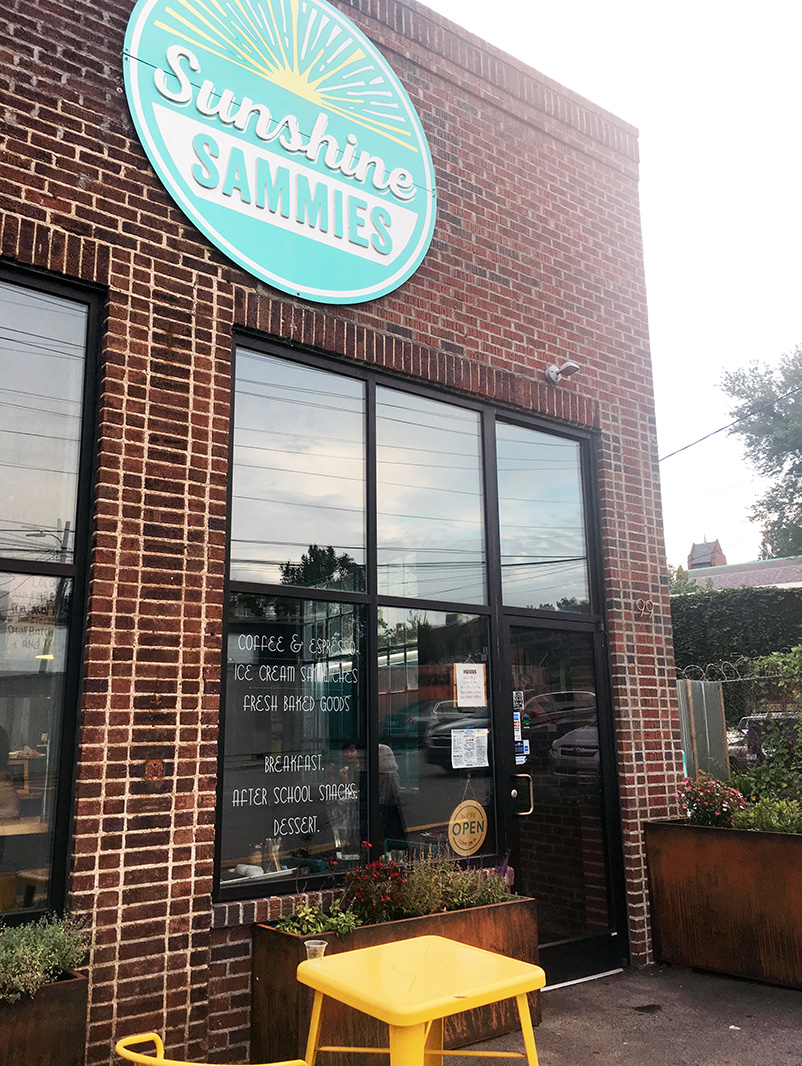 Who doesn’t love an ice cream sandwich?! Sunshine Sammies brings Asheville delectable cookie and ice cream sandwich combos to residents and visitors, alike, 7 days a week. Yes, you can build your own sandwich, and they also have some classic combos like cookie dough ice cream between chocolate chip cookies and salted carmel ice cream between chocolate cookies. Seasonally, Sunshine Sammies will mix up their small-batch ice cream flavors so that you can try flavors like Blueberry Basil, Key Lime, or get a little wild with “Corn Dog.” Gluten or dairy allergies? No worries! Sunshine Sammies offers dairy-free sammies, gluten-free cookies. Originally, Sunshine Sammies treats were sold out of a solar-powered pushcart around Asheville in 2013, and have now evolved into dishing out these sammies from their own storefront.

While they are not local to Asheville, Kilwins has the local feel and friendly service as well with locations across the eastern United States. While staying in the Asheville area, you can enjoy their ice cream, fudge or chocolates at locations in Black Mountain or in the Battery Park area of downtown Asheville. This is also a great place to pick up a box of truffles or a piece of fudge.

For those staying in Black Mountain, Dairy King, or “Blue Cone” as many of the locals know it, is a great “hole in the wall” ice cream shop with a large selection of ice cream flavors, snow cones, milkshakes, banana splits and more. The hours tend to be a little elusive as they are primarily open during the summer months and into the fall. We recommend giving them a call first to make sure they are open before hopping in the car for a giant ice cream scoop.

Asheville is well-known as a beer lovers paradise- a craft beer mecca....

Make Yourself at Home in Asheville | Why Rent Through a Property Management Company?

The vacation rental accommodation type is one that has gained significant popularity throughout the years and with good reason.