Enjoy the Orange Peel on your Asheville Vacation

Asheville's creative spirit is apparent in the area's lively music scene.   If you are looking for a music event while staying in your rental cabin, don’t forget to check out the slate of concerts available at the 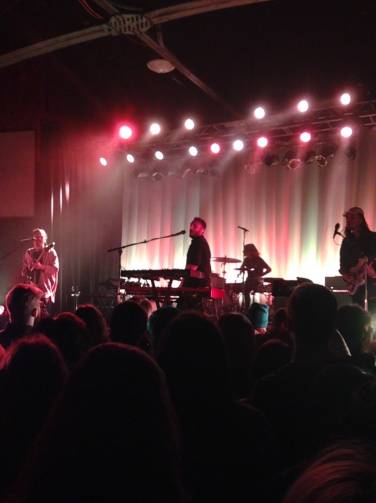 Concert at The Orange Peel of Asheville.

Orange Peel. This popular music venue that has been featured in publications such as Rolling Stone Magazine, USA Today and Travel and Leisure Magazine has offered a wide range of music artists ranging from Bob Dylan, The Beastie Boys, Skrillex, Jack White, Ms. Lauryn Hill. The area's heritage is steeped in folk and bluegrass history, and therefore, naturally draws artists like the Steep Canyon Rangers, Avett Brothers, and Old Crow Medicine Show - but also welcomes artists ranging from rock, reggae, blues, punk genres and more. The wide variety of music guarantees that something will appeal to you.

With a capacity of over 1000 people, The Orange Peel is located in the heart of downtown Asheville on Biltmore Ave. for great access to local restaurants to enjoy before the show. When the concert ends, there is no need to end the night's fun. Grab a beer at Wicked Weed Brewing, located directly beside The Orange Peel venue.

Asheville's musical culture shows up in unofficial ways as well. Asheville's Drum Circle in Pritchard Park has been happening since 2001 on Fridays at 5 p.m. from months of April through October and features thundering drumming and dancing.

During the summer months, visitors and locals alike can enjoy the traditional sounds of Appalachia with clogging, longstanding performances by the Stoney Creek Boys, Big Circle Mountain Dancers,

Smooth Dancers, and bluegrass and old-time string bands performing as a part of the annual Shindig on the Green which runs from late June or early July through late August or early September. The performances take place in Pack Square Park and begin around 7 p.m. on Sunday

For even more music offerings in the area, be sure to check out other popular venues in Asheville like The Grey Eagle, The Mothlight, Asheville Music Hall and Isis Music Hall, in addition to Black Mountain's own White Horse Black Mountain which frequently features singer-songwriters, Irish Jams, and many other artists. Pisgah Brewing attracts a variety of popular names to their outdoor venue. Black Mountain is also the birthplace of the very popular Lake Eden Arts Festival, or LEAF, which his bi-annual major festivals in May and October, an Asheville downtown festival and smaller events throughout the year which features impressive musicians, dancers, craft vendors.

During your next Asheville vacation, plan to take a deep dive into the music culture. We promise that you won't regret it. 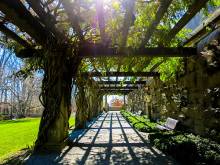